In 1955, the Postal Service seized a rare volume of “Lysistrata,” a 2,400 year old Greek play in which Greek women withhold sex to force Spartan and Athenian warriors to abandon war.

The Postmaster General condemned the play as “obscene, lewd and lascivious” and moved to destroy it.

Yes, dear backers, an 1873 law gave the CEO of the US Postal Service the unrestricted power to seize a book before it reached your mailbox.

(Was this what inspired Amazon to go the drone route?)

Famed First Amendment attorney Edward de Grazia responded that what was obscene to Postmaster General Summerfield was “pure as mountain snow to another.”

He ridiculed the Postal Service for having banned Voltaire’s “Candide” and Mark Twain’s “Tom Sawyer.”

The Postal Service gave up, releasing “Lysistrata” before the case could go to trial.

In 1964, Mr. de Grazia was back, this time in the Supreme Court, defending publisher Barney Rosset and Grove Press’s 1961 edition of Henry Miller’s “Tropic of Cancer”, banned as ‘obscene.’ 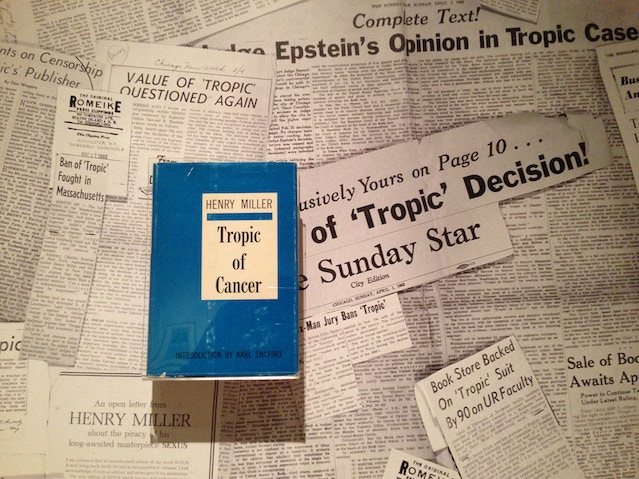 Think of this the next time you buy a stamp

By a 5-4 vote, the Supreme Court held that publication of the book should be allowed even if ‘some’ found it obscene.

The decision reversed a 1957 ruling that obscenity was not protected speech.

Here’s a shout-out to Edward de Grazia, who defined his life’s work as defending “morally defiant artists” against “reactionary politicians and judges.”

And here’s our shout-out to all of you who are backing our project: THANK YOU

Please give us a shout-out on your social media, telling friends and family to come to our Kickstarter page.

Or, as some of you awesome, incredibly generous backers have done, up your pledge amount?

We ask you to do everything you can to help us raise the funds necessary for the remaining editing and other post-production.

Help us showcase the threat of censorship in these turbulent times. 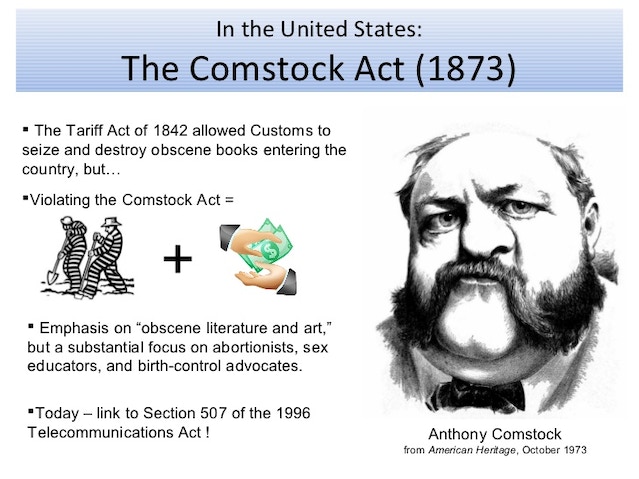 Do you want this brought back?

US POSTAL SERVICE REVEALED AS A TERRORIST CELL