Ed Winstead: Tearing Down the Walls 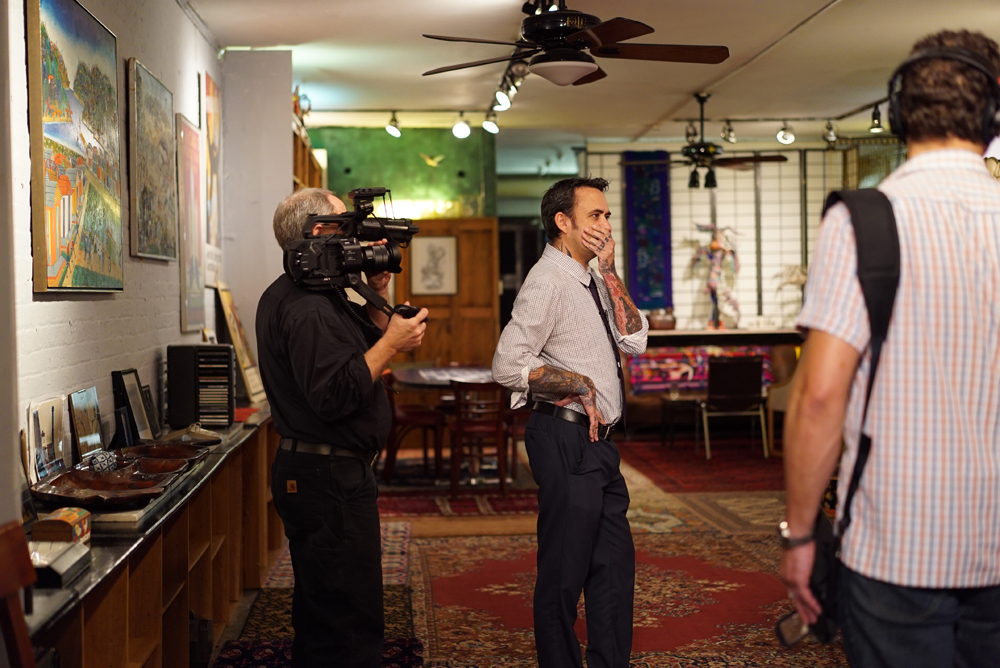 There’s nobody I love as little as a censor. Exercising some liberty with the mathematics, then, I can conclude this: There’s nobody I loved as much as Barney Rosset. He died on a cool, sunny February day in 2012, having spent the bulk of his life giving the blowhards fits. You may never have heard of him, but if you are a reader of this magazine, you’re probably aware of his work. In 1951, after coming home from a stint as a combat photographer in China during World War II, he bought a little publishing house in Greenwich Village at the prodding of his then-wife, the painter Joan Mitchell. It was named after Grove Street, where it had been founded, and in less than a decade Rosset had used it to change the face of literature in America.

By 1959 Rosset was suing the post office over its confiscation of copies of D. H. Lawrence’s Lady Chatterley’s Lover (the postal service being then the primary arbiter of our collective morality, strange as that may seem), a step central to the plot against American obscenity laws he’d hatched after buying Grove Press. Working with lawyer Charles Rembar, who’d never tried a case and met Rosset playing tennis, he drove a bulldozer through the Supreme Court’s 1957 decision in Roth v. United States, establishing a precedent broadly protective of profane and sexually explicit literature under the First Amendment. He followed up with Henry Miller’s Tropic of Cancer in 1961. This was the book he’d really been eyeing–Rosset had long been a fan of Miller’s, had written an essay on Tropic in college, and was hugely resentful of its banning in America. He’d considered publishing Miller first, but wisely thought that Lawrence’s reputation made better ammunition for a lead-off case in the courts. Tropic‘s publication sparked another legal battle but also, eventually, another win. In the meantime, Rosset, with the help of a dedicated, brilliant staff, was publishing everyone from Jean Genet, Malcolm X, Che Guevera, and Samuel Beckett to Frank O’Hara, Hubert Selby, Jr., John Kennedy Toole, David Mamet, William S. Burroughs, LeRoi Jones, and Allen Ginsberg. They raided the back lists of Olympia, Miller’s French publisher, for works by Queneau and Durrell and Bataille. They made such a fuss that their offices were bombed, ostensibly by anti-Castro activists, though Rosset suspected the CIA had been involved. Nobody was hurt.

It would be desirable to have a copy of this book that was published in unexpurgated edition by Grove Press and Evergreen Books by BARNEY ROSSET, Grove Press, Incorporated, 795 Broadway, New York, New York, in the event, this book can be discreetly obtained without disclosing the Bureau’s interest in this highly controversial book.

To exclude this book from the mails on the grounds of obscenity would fashion a rule which could be applied to a substantial portion of the classics of our literature. Such a rule would be inimical to a free society.

For all Grove’s artistic success, and that of the accompanying magazine, Evergreen Review, Rosset wasn’t much of a businessman. He spent wildly, renovating offices, going on hiring sprees, financing avant-garde film, almost all of it unsuccessful. By the 1980s there were serious money troubles, and in ’85 Rosset sold Grove to Ann Getty and was subsequently and unceremoniously fired. Late in his life, a little adrift, he ran two small imprints and held salons in his East Village apartment with his, by then, fifth wife, Astrid, a rum and coke never far from hand. There was a 2007 documentary following his rise and fall at Grove, Obscene, and an unsuccessful attempt at a memoir. Prolific as an editor, he was completely blocked as a writer.

So, the apartment de-cluttered after selling a large portion of his archive to Columbia University, and spurred on by a visit his ex Joan Mitchell made to him in a dream, Rosset took to painting—not on canvases or wood, but on a 12-by-22-foot wall in the apartment. He spent three years on it, right up until he died, piling on layers of paint, mostly gold and blue, and adding trinkets and photos. Frail, hunched over, he fashioned a brush extension out of a pool cue to reach the top. There are figurines, a tiny billiards table. There is a triptych of Bangkok bar girls, a city Rosset, somewhat predictably, loved. Pictures he’d taken during the war in China. A helicopter. Rosset was coming to terms with his life, unable to make much of it in prose, with paint. After he died, and the building housing the apartment (and his widow Astrid) went on the market in the gentrification free-for-all of the recent East Village, it seemed the story of the man who’d torn down so many walls might, itself, be wrecked.

Enter documentary film producer Sandy Gotham Meehan. She first met Rosset in 2003, but she’d been reading the books he published since high school, borrowed from the older brother of a friend. “It was eye-opening, let me put it that way,” she told me. “It really changed my life. It opened my mind, sometimes in a really vivid way and sometimes in a disturbing way. But I realized there was a whole glorious world out there with many different voices and lifestyles. Barney was all about openness and tolerance. It was life. It woke me up.” An English Literature major at Stanford solidified things for her, and Rosset was in and out of her life, through his work and, later, in person, from then on.

It wasn’t until after Rosset’s death that Meehan first visited the apartment, to catch up with Astrid, and it was then she saw the mural. The building was listed at $15 million, which meant Astrid would be shoved out as quickly as possible. (Real estate developers are unique in that they are conditioned to view someone like Astrid, an aging widow in a rented apartment, as a menace, which is how you can tell them apart from all the other sorts of people who use a lot of hair gel.) Meehan thought, “If this is going to vanish, and there’s no record of it, why don’t I try and do a short visual poem on it.” So she, together with colleagues Williams Cole, also a documentarian, and David Leitner, a cinematographer, decided that, in some form, the wall had to be saved. The original idea of a “short visual poem” soon blossomed into something larger, though. They’d tell Rosset’s story, “Not through a traditional biopic, but through the story he told on this wall,” Meehan said. They brought in a slew of people who knew Rosset and his work to look at it, the sprawling, gleaming abstraction functioning as a kind of Rorschach blot, inspiring in the people who saw it one story of Rosset after the next: Lorin Stein, Morgan Entrekin, Matt Gallagher, Alexandra Horowitz, Phoebe Legere, David Amran, Peter Rosen, Francis Levy, Rami Shamir. Meehan, Cole, and Leitner filmed them all. The result will be the aptly titled Barney’s Wall, both a portrait of Rosset through the wall (and the memories inspired by it) and a chronicle of their attempt to save the wall itself from destruction.

“Fuck,” says David Rose, publisher of Lapham’s Quarterly, when he looks up at the thing. As appropriate a response as any; it’s sometimes hard to remember, the Internet being what it is, that the word was forbidden in print in this country before Rosset came along. I’m no stranger to American puritanism, but its veils, in my lifetime, have been relatively gauzy. The importance of that distinction is not lost on Meehan and her colleagues. “The wall contains the battle that Barney fought for free expression,” she told me. “In that wall are the voices Barney published. In that wall are the freedom to read, the freedom to publish, the freedom to think differently, even the freedom to live as one wants.” And it seemed, as they filmed, the wall was becoming an increasingly potent symbol. Not only because they were learning more about Rosset’s life and influence, but because, outside, a regressive discourse was gaining steam. “We started to hear menacing words about putting up walls and shutting down voices and policing the Internet, and it seemed to us that we were beginning to come full circle, from our era back to Barney’s.”

Excepting, perhaps, a Ted Cruz presidency, I doubt we’ll see “fuck” installed as a statutory no-no again. Yet our impulse to censor and silence remains as strong as it ever was. Such is human nature. Such is our romance with the subjective truth. This is to an extent preferable, though, I think. Where’s the beauty in a monolith? The edge to catch the light? One of the greatest joys is to discover the forbidden. There’s a line out there somewhere, a sweet spot in the foggy place between our needs and our desires, that we’re still groping towards. Barney Rosset got us closer. That’s something to admire, examine, and remember. And fine material for a film, as a wall is for a memoir.

You can contribute to post-production costs for Barney’s Wall through their Kickstarter.

Ed Winstead is co-editor of Guernica Daily. His writing has appeared in Interview, Guernica, Hyperallergic, Literary Hub, and elsewhere.